Often, non-normative sex relies on the games we play psychologically, at times, even more so than physically. For instance, people willingly put on cock cages to prevent themselves from getting a boner. They’re not as excited about it as they are about the fact that their dom is the one who chooses whether they’ll get an erection or not. Similarly, you have sexual animal roleplay. With animal roleplay sex, one (or more) partners assume the role of an animal and try to imitate its behavior. And today, with an ever-growing sex toy industry, it’s easier more than ever to tap into that fantasy. But what is it about people being into things like pup play?

As much as we try to make a distinction between animals and us, it’s a fact that we are also part of the animal kingdom. All of us have something animalistic in ourselves, and pet play is just a sexual exploration of that inner animal. And this kink isn’t just something new that people invented in the internet era. Instead, it dates all the way back to prehistoric tribal cultures, albeit back then, it wasn’t sexual. In those times, practiced animal roleplay as a tribal ritual to help with the hunt.

Playing Without Dressing Up

Obviously, it’s not necessary to buy a set of costumes to enjoy the roleplay and act like your chosen animal. All you need is to get on your fours and allow someone to treat you like their pet, right? If you’re into kitten play, you don’t really have to go number two into a litter box. The same goes for costumes.

As you probably know, all roleplay revolves around the psychodrama that comes with it. If you act like a puppy, you are a puppy, and your master will treat you as such. However, it is easier when there’s something else going on!

Sure, you can walk on all fours and pretend you’re a dog if that’s enough for you. But sometimes, we do need a nudge to get into it. It’s clear it would be easier to get into the role if you had a collar and a leash around your neck. Perhaps the most defining element of an animal body that makes it different from ours is a tail. We don’t have one, while dogs, cats, foxes, equine animals, etc., do. How could you not get into the role if you had a tail sticking out your butt?

And the best thing is, these tails are not there for esthetics only! Most of them are actually butt plugs. So as you go around acting like a puppy with an animal tail plug, your butt is getting stimulated. As time goes by, you’ll feel more and more sexually aroused! 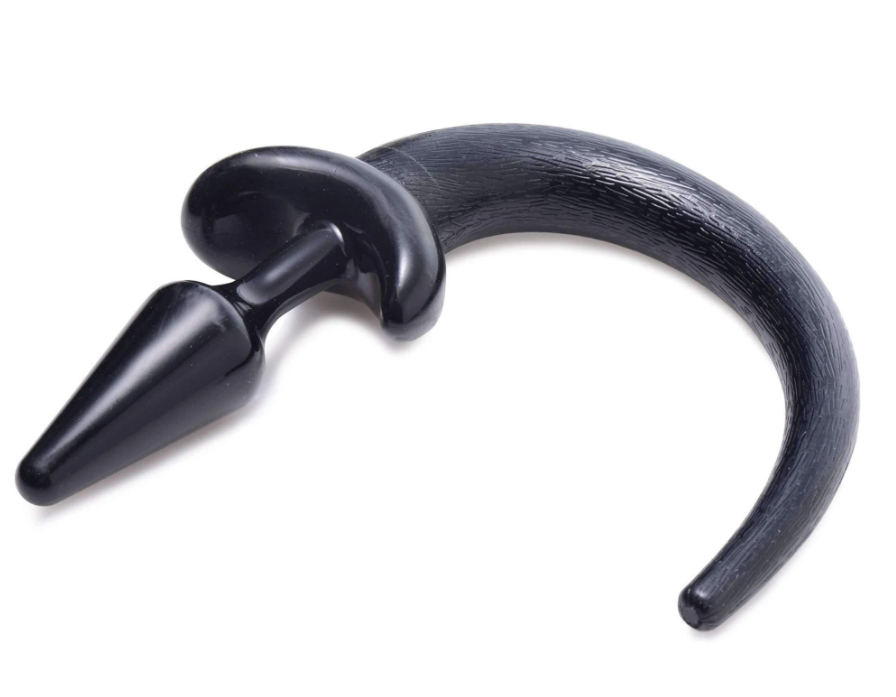 Should you decide to enhance your animal roleplay experience with a costume, it’s unimaginable you do it without a tail; it’ll probably be the first item on your shopping list. Naturally, depending on which animal you want to be, you’ll buy a corresponding tail.

The most common animals are obviously cats and dogs. Their tail plugs are usually sleek, thin, and long (dogs a bit longer). Some can be bushy or not, depending on the type. Similar to dog tails, you have pig ones, which are pretty much the same, except for being curly. Next in line, we have fox tails that come with a pointed end. Other common choices include horses, raccoons, and rabbits (small, furry, and cute ones). No matter what type or types of tail plugs that you wish to wear, the loveplug website can cater to your needs. We tested a couple of their products, and we can see why they are very popular among pet play enthusiasts!

Of course, none of this dressing up is actually necessary. Many people find that pet behavior alone is enough to get them going, and they don’t need to buy tails or costume heads. So if clothes don’t make a man, neither does a collar dog! But let’s face it though — women do feel more like ladies if they’re in an expensive dress!