It happens every time. You had an idea in the shower, and it was awesome. You finally knew what you’d be dressing as this year for Halloween. Then, the inevitable happened. When you stepped out of the shower, you realized your idea was also the idea of that kid across the street, that annoying old couple that hugs you all the time, and all your guy friends looking to score. They will all look exactly like you! Yes, even the greatest of artists steal, especially if it’s a Halloween costume.

Luckily, this list will help you become more original and avoid these situations in the future.

Halloween Is Upon Us

Is Halloween a big U.S. event? No! Every year on October 31, the whole of the U.S. and the rest of the world gather around dressed up and try to make the best of the night. Yes, Halloween is upon us, and everybody is thinking about the same thing. That’s right — what to wear!

Whether you are trick or treating, going to a party, or you’re just one tired parent trying to figure out how to make this Halloween unforgettable for your kids, choosing what costumes to buy or make is always a tough choice. It’s always fun to stand out from the crowd, of course. But it’s not always that easy. The chances are that you’ll end up with the same idea someone else has and, if you are really unlucky, wears it better than you.

Standing out in the ocean of bad costumes for Halloween requires a little more than just a eureka moment in the shower. It requires meticulous research, a lot of planning, and trying to figure where to get the costume or how to make it. But before that, like in any life situation, you should know what you are dealing with.

People are predictable creatures, and conformity is always the easiest option. So, the chances are the majority of the ideas for the costumes will be from some movie or a TV show everyone has heard about. That’s why we are here to give you the list of the most popular Halloween costumes so that you can avoid buying them.

Most Popular Costumes for Kids

Let’s start with the one every kid has worn at least once — Spider-Man. The Spider-Man costume is, for some reason, the most popular costume ever to exist. Maybe it’s because every kid has a superhero phase or because it covers the whole body. Or spider-man is just super cool, but we haven’t figured it out yet? Whatever the case may be, this costume is every kid’s choice at least once.

“Transformers” was a hit cartoon for those that are a little older, but the movie sequels were also pretty popular. Besides, who doesn’t want to be a badass robot that turns into a car? Avoid being Optimus prime or Bumblebee if you want to be original.

Just like Spider-Man, Batman is an all-time favorite costume. The reason for the success of this character is probably because it’s embedded in our genes by now. That’s how long he’s been around.

Enough About the Cartoons!

Princess or a witch tends to be a choice for many girls, mainly for two reasons. The first is because we hear and read fairy tales from a very young age, and the second is because it is easy to dress up like this. To become a princess, all you need to do is wear a pretty dress and basic makeup, and maybe a tiara on the side. The witch costume is usually made from some old dress, a hat, and a face mask.

Skeleton costumes are probably the first ones you’ll find in store. It is a symbol of Halloween and the easiest one to find. Avoid dressing up like that, not just because it’s lame, but also because you’ll show everyone that you haven’t tried to find something else at all.

Clowns are just clowns. Their place in pop culture is long established. To be honest, there is something funny and scary about them at the same time. Easy to buy or prepare, this costume is way too popular to be your choice.

Unicorns are every child’s dream. There is something so nice and cute about them, so it comes as no surprise this costume is so popular.

But being a good parent (See Halloween costumes for parents)or a guardian isn’t about teaching your kid to be unique by denying them to be what they want for Halloween. Yes, you should teach them to be unique and be themselves, but that can be achieved by not crushing their dreams and letting them see for themselves their place in the world.

Most Popular Costumes for Adults

Dressing up for Halloween has a little different meaning for adults. For some reason, Halloween parties have a sexual aura around them. Popular costumes have pretty much the same variations but with added “sexy” on the top. So you have, sexy princess, sexy witch, sexy Bumblebee… You get the picture.

Besides the ones we have already mentioned, there are a few adult costumes there aren’t on the list.

Also, try avoiding sports-themed costumes, such as your favorite quarterback, a baseball player, or a hockey legend you’ve always admired. While it is always better to be a player on the field, there is a time to take a seat and rethink our choices and look for something more original. 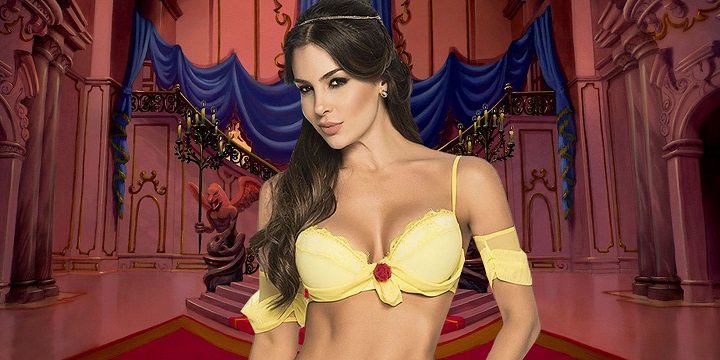 After all, if you do make that crucial mistake and show up in the same costume as every one of your friends, bear in mind that there is always a next year and another Halloween to be original. So, don’t be harsh on yourself. Try to have fun as much as you can and scan the environment for potential next-year ideas. Speaking of scanning, you could always be Terminator!