Iconic Hollywood Movie’s Costumes — Why Do They Still Stand Out?

One of the most overlooked aspects of great Hollywood movies is the costumes. A lot of time, thought, effort, and research go into creating the look that tends to stick with the audience long after the credits roll. The costumes can surpass the movie at times. They often add more weight and to a certain extent, realism to the world of the film. This is what makes iconic costumes iconic. The audience remembers them in full detail. 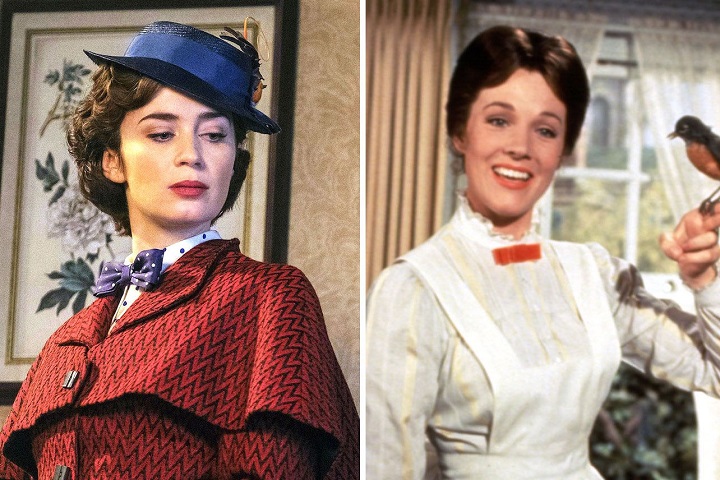 A movie is an audio and visual medium where every detail is used to tell the story and make the world feel and come alive before the viewers’ eyes without any distraction. The costume designer’s job is more complicated than just picking pretty and fashionable pieces. Costumes have to tell a story while blending into the world of the film. A costume designer has to know three things when it comes to creating costumes:

Costumes have to stand out but without taking away attention from the story. An iconic costume stands out to the modern audience while still blending into the world of the film. “Mary Poppins” (1964) with Julie Andrews shows the era of the time while still telling you a lot about the character. Standing out is what the audience will remember and even want to mimic in terms of Halloween costumes or cosplay. Take, for example, “Batman Returns” (1992) with Michelle Pfeiffer and her stitched-up Catwoman costume. You remember that one better than what Nicole Kidman wore in “Batman Forever.”

Costumes show the character, who they are, and what they are going through. An example is “Pretty Woman” (1990) with Julia Roberts. Her costumes go from the stereotypical street prostitute look to a more classy woman as the film progresses.

“Cleopatra” (1963) with Elizabeth Taylor is an iconic movie that shows ancient Egypt. Cleopatra’s costumes show the power that she holds over the people in her life. Plus, the cut, design, and material of the pieces look as if they would fit into the hot climate of Egypt. If she were to wear wool, it would take the audience out of the story.

“The Seven Year Itch” (1955) is a movie with Marilyn Monroe in the iconic white dress. The scene where she walks over a subway grate and the dress blows up is what made the film so memorable. It is still talked about and parodied. People who have not seen the film know about that scene since the dress is iconic.

Another classic dress that should be mentioned is the one Audrey Hepburn wears in “Breakfast at Tiffany’s” (1961). This black dress shows off the character of Holly from the get-go. It is also indicative of the times. The images of Hepburn in the classy black dress have been used for marketing the film. It has also influenced many fashion trends then and now.

However, iconic costumes do not have to be full outfits like the aforementioned white and black dresses; they can also be one piece that has become iconic. “The Wizard of Oz” (1939) with Judy Garland, have the famous red slippers. The slippers not only show the character of Dorothy, but they are also an essential piece of the story, so much so that if you google “The Wizard of Oz,” you get a GIF of the red slippers on the right side of the screen. This just further shows how important and iconic the red slippers are. 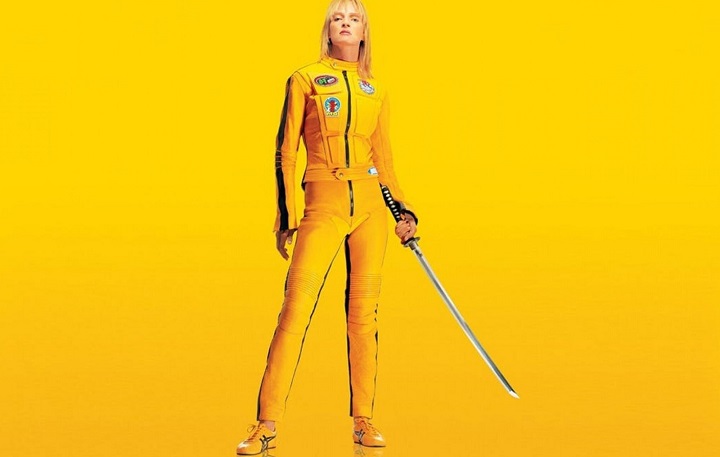 Films that have become cult classics often owe a lot to the outfits worn in some scenes. The costumes could have helped the actors get into character as well as remain so during filming. These cult films invoke an image that is often linked to the costumes. Hence, one cannot think of “Kill Bill” (2003) without the image of Uma Turman’s one-piece yellow jumpsuit coming to mind. The same can be said for “Pulp Fiction” (1994). The suits make the men memorable since they’re so simple and in contrast with the “out there” characters that we see on the screen.

Another cult classic film with iconic costumes is the “Addams Family.” All the iterations of this family have a common theme when it comes to their costume, from the tight, black dress of Morticia Addams to the striped suit of Gomez. Their outfits are as recognizable as the characters are. And since the style is universal regardless of the time period, they can come back again and again with little change in what they wear. That’s how these quirky outfits keep surviving.

Cult classics are beginning to get noticed by the mainstream. For example, “Mad Max: Fury Road” (2015) won the academy award for best costume design (among others). The costumes did help to set the tone of the film as well as show the world that the characters have to survive. Although it is a new edition to the Mad Max franchise, one can see some of the influences of the first “Mad Max” (1979) on the newer arrival, although the former is a lot dirtier.

The genres that costume designers can really shine and go outside of the norm in are Sci-Fi and fantasy. When one imagines these films, they see outlandish worlds that can be slightly similar (to give the audience a reference) to our own but vastly different (to make it new and exciting.) And with every new world, there are new costumes to design.

“The Fifth Element” (1997) is a great example of how the costuming department let their imaginations stretch while still having a foot in our reality. Leeloo (Milla Jovovich) has two iconic pieces that are of their world but can easily fit on the runway of our world. The skin-tight white outfit and the white t-shirt with the orange suspenders are the ones we are talking about of course.

“The Matrix” (1999) may not be as bright as “The Fifth Element,” but that does not make the black leather get-ups and long jackets any less iconic. They look cool in their simplicity, and no matter the times, black is always in. “Black Panther” (2018) also has an iconic costume with fantasy-like elements. The glowing purple lining of the suit pops out against the black of the suit. Sometimes, “monochrome” colors can do wonders in Sci-Fi and fantasy. They help the world feel real but stand out.

Emblematic of the Times

An aspect of costume design that we have not spoken about as much is the idea that outfits can show the time periods of the films. Some famous ones are “Flashdance” (1983), representing the ’80s to a tee, and “Grease” (1978), oozing the era of the ’50s. Even Olivia Newton John’s outfit in the last scene of the film has become iconic while still fitting smoothly in the ’50s. Another example is “Rebel Without a Cause” (1955), which shows teenagers of that era with their leather jackets and slicked-back hair.

When comparing the fashion of the mentioned films to another cult classic, “Clueless” (1995) with Alicia Silverstone, one can see how fashion has morphed in the ’90s. There can still be some elements from the ’80s, but the ’90s were getting their own style, which one can see in the stylish and fashion-focused “Clueless.” Everyone remembers the yellow, plaid dress suit worn by Cher, as much as the red, leather jacket of James Dean’s Jim Stark.

However, costumes can even go further back in time, such as is the case with “Marie Antoinette” (2006). Big-haired wigs and gowns were in at the time. Costume designers have to take note of the trends of the era that the film is set in. Not doing so would take the viewer out of the world.

Iconic Hollywood costumes have to add to the story while showing the time period, location, and character. They add to the realism of the world. However, costumes also stand out to us, the audience, in terms of style and meaning. The blending of this is what makes costumes iconic.