The World of Clothing Fetishism

For the longest time, fetishism was something bad or taboo. Back in the day (way back in the day), Christian missionaries used “fetish” as a derogatory term for idolatry. For them, a fetish was something barbaric. It wasn’t only a term for idols but for people themselves who would “irrationally worship” an idol. Since then, fetishes have become associated with sex. Various psychologists and philosophers saw sexual fetishes as perversions, something that’s different from normal. For instance, the famous Sigmund Freud thought that fetishism comes from men’s castration anxiety. Today, however, we look at fetishes from a different perspective.

While fetishes occur with both men and women, it’s much more common for guys to have one. And there are also different degrees of fetishism in terms of how effective (and necessary) they are. You can get a stiffy by a woman wearing high heels. But some people work in such a way that they can’t achieve an orgasm without high heels in their sightline. Fetishism is often also associated with sadomasochism and transvestism.

What Is a Clothing Fetish?

More often than not, clothing fetishism is related to a form of roleplay. Whether it’s a uniform or a fabric type fetish, people (read: men) who are into clothing fetish are often into roleplay as well. Once their partner dresses up in leather, they feel like roles have changed a bit, and they can act upon their fantasies. 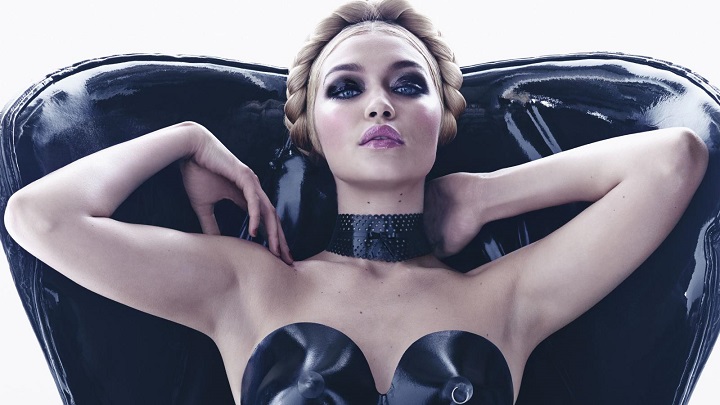 It is important to know that clothing fetishism is not the same as cross-dressing or transsexuality. A clothing fetish doesn’t revolve around men dressing up differently than the norm. When you have a clothing fetish, you simply like seeing a piece of clothing; it doesn’t (necessarily) mean that you want to wear it.

Let’s get into different types of clothing fetishes.

This one is arguably the most common one out of the bunch, but what is a uniform fetish, exactly? Well, as the name suggests, it’s a fetish that revolves around someone showing up in a certain uniform. Uniforms can vary a lot, but here are some of the most frequent ones:

Other relatively frequent uniforms are nuns and nazi ones.

What is a fabric type fetish? Well, here, we have a fetish that doesn’t necessarily have a lot to do with the way a piece of clothing looks. Rather, it’s related to the material it’s made out of. For instance, some people get off by seeing a fur coat. Others do so with wool or cashmere.

Usually, though, the object of desire is women’s underwear, footwear, and obviously, uniforms. Depending on the person, this can be regular clothing you see every day in the street. But oftentimes, it can actually be a sexualized version of it. A skirt can be just a bit too short, jeans just a bit too tight, and a shirt with just a bit too revealing cleavage opening. You get the idea.

People who are into bondage have collars, corsets, and hobble skirts in their fetish fashion arsenal. What is fetish fashion? It’s basically any style that responds to your fetish. It’s that clothing you have that you don’t wear to work. Instead, you only put it on during those special occasions.

Crossing Over Into Fashion

The popularity of clothing fetishism became wider during the 1970s when general fashion started making it less taboo. Let’s briefly check out how fetish crosses with fashion.

During the sexual liberation in the 1970s, many fashion magazines, such as Vogue, presented us with attractive women in powerful clothing. For instance, many of Helmut Newton’s works revolve around a dominant (amazon) woman in leather garments. Jean Paul Gaultier became famous for his corset he designed for Madonna, making underwear-as-outerwear a trend.

Today, fashion designs often have something sexual about them. It’s not uncommon to see a celebrity show up in a see-through dress that makes your brain juices flow with imagination. Fashion popularized clothing fetishism, and today, clothing fetishes are commonplace.

Any cookies that may not be particularly necessary for the website to function and is used specifically to collect user personal data via analytics, ads, other embedded contents are termed as non-necessary cookies. It is mandatory to procure user consent prior to running these cookies on your website.